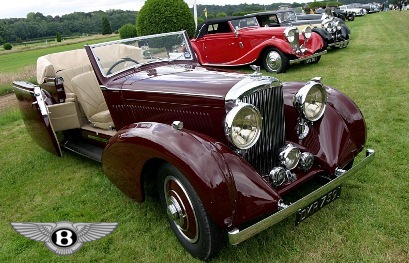 Chassis number B14KT is one of four pontoon-bodied Bentleys fitted by James Young, now considered one of the finest coachbuilders of the interwar period. 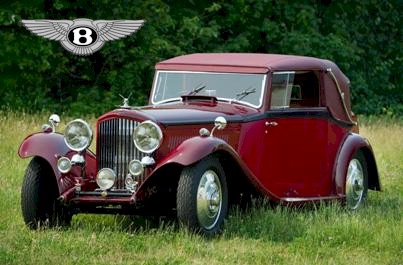 B203AE, was originally sold to G. Fitzherbert Wright, by University Motors of London on March 26, 1934 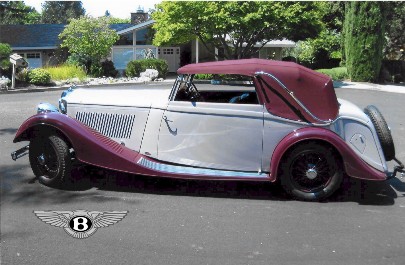 B34BN was displayed as Paris show car in 1934 for Bentley and Kellner. The beautiful body is one of 12 built by Kellner, a French company that built auto bodies before World War II. 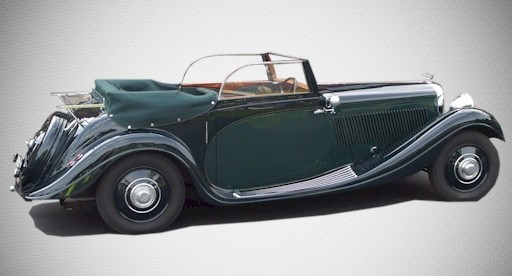 Another fine example of Gurney Nutting coachwork, owned by one of our Derby Bentley Society members. A 1935 Derby fitted with the 3-1/2 liter engine. Carrying chassis No. B166DG and body style 1659 smartly displayed as a drophead coupe. Originally designed in England by John Blatchley for the Countess of Warwick. A brilliant color combination of original Green on Black. 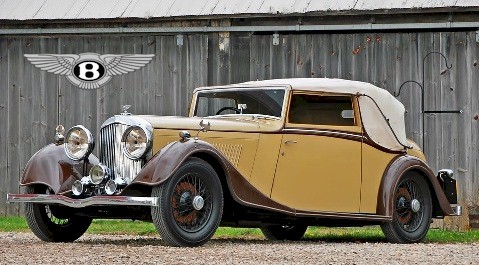 Information regarding this Vintage Derby Bentley is being collected. If you have any particulars, please send to the webmaster using the contact form below.

Built at Derby, England, alongside Rolls-Royce and launched in September, 1933, as the 3½-litre Bentley, this car possessed excellent handling characteristics and could achieve a top speed of 97mph when fitted with lightweight bodywork. Furthermore, like all products designed under the influence of Sir Henry Royce, it was imbued with some of the most complicated design solutions for any car of the period. Nevertheless, it caught on and proved immensely popular. Very soon, this new Bentley was christened 'The Silent Sports Car' - a name it is still closely associated with.

Young or old, the Derby Bentley Society offers many levels of Derby Bentley automobile information that will entice the automotive buff. Included in membership are two magazines; RROC publication: "The Flying Lady" and DBS publication: "On The Road", both containing articles on Rolls Royce, Bentley and Derby Bentley cars. Organized meets, conventions, study groups, internet sites all devoted to these Classic and Contemporary Cars are held from time to time. Use the Contact form on this web page to get more information about joining our Society. 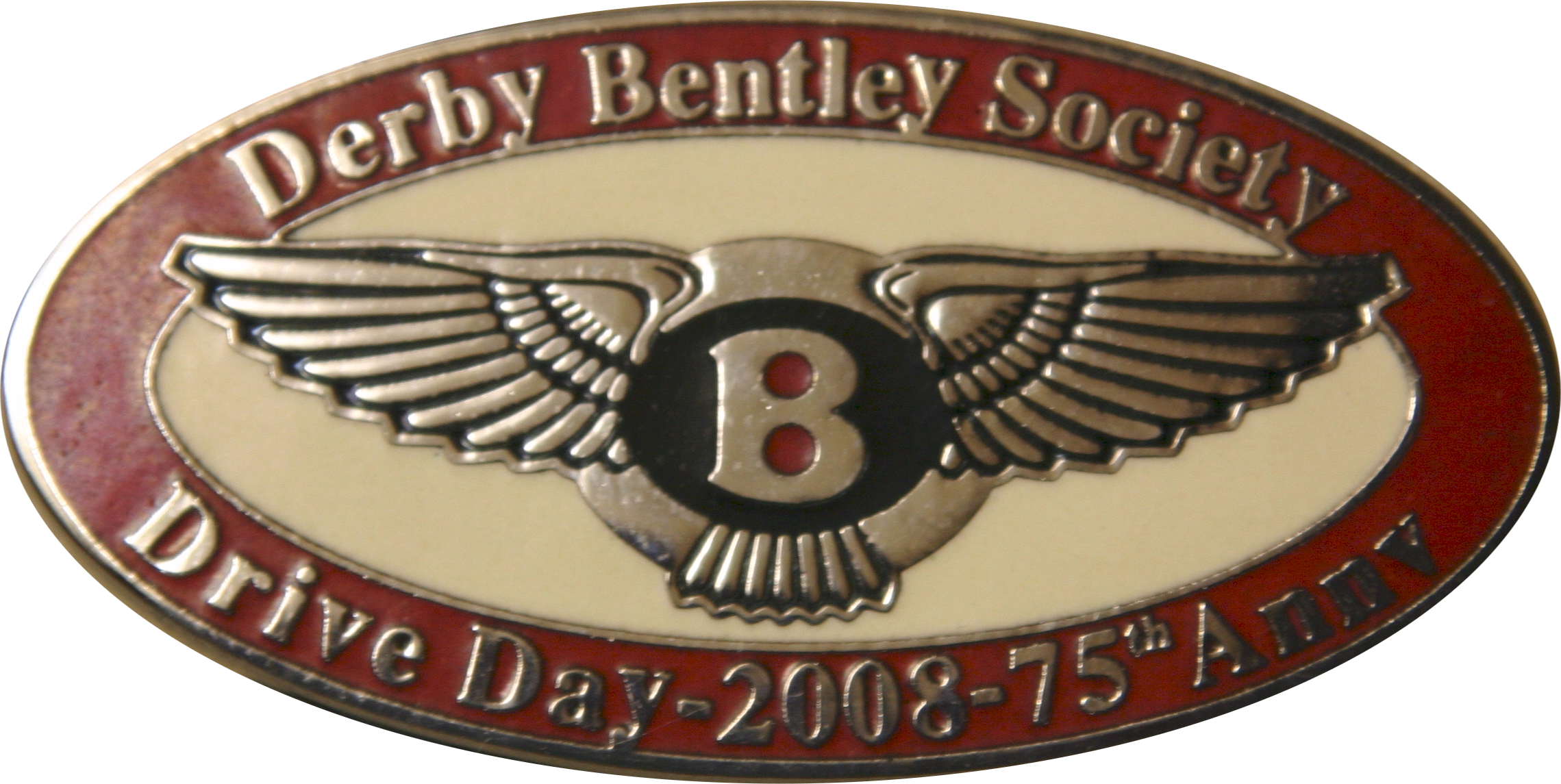 The Derby Bentley Society is...

Find out more Some Derby Specs

A Derby "On The Road" Video